by Caroline
Maia 0.48 is out! The ignition update bring us a new hazard. Fire!

The brand new fire system really adds a challenge to base gameplay. Poorly maintained items will short circuit and catch alight. The fire is simulated realistically using oxygen from the atmosphere, the energy stored in objects and heat transfer between them. Even in an unpressurised room, objects can retain now heat and reignite when oxygen is reintroduced. Lock doors and bulkheads to choke off the air supply or risk letting your colonists try and fight the flames unaided.

The tutorial has been drastically reworked to provide a softer landing into the game for new players. Get a simple base up and running in five minutes by following the easy steps. 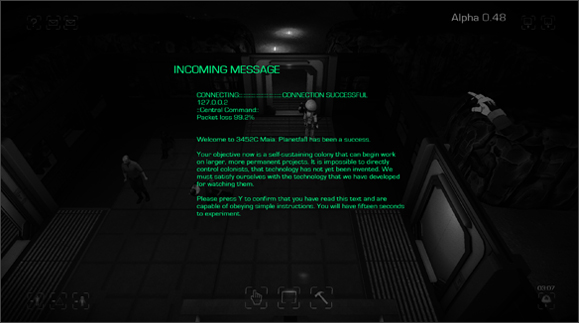 The hydroponic plants are now more deeply simulated. Responding realistically to changes in lighting colour and intensity around them. Through simulated photosythesis they produce more breathable air and can now be used in lieu of mechanical atmosphere generation. 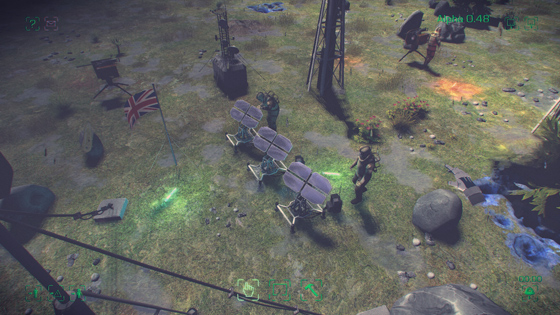 Full list of changes: Thanks for all the feedback and bug reports. We have a lot of new fixes and features coming. We'll be posting an updated road map in a few days.

by thief_a
hi,
when will it be in the members area to download?

thief_a wrote: when will it be in the members area to download?

Should be in there already.

time to grill some chickens

upps... it exists a little mistake.
while the linux link goes to:
http://members.maiagame.com/privatedown ... x_0_48.zip

(no big deal as changing the link to http://members.maiagame.com/privatedown ... s_0_48.zip and then manual downloading just works fine, but i thought i mention it

by Caroline
Fixed! Thanks for letting us know.

Thanks for the updates and game so far, I've already logged 23 hours or so.

So how is development looking in general? Are there any bottlenecks arising?